With only five more days to go of this years Olympic games we thought we'd give you an update on the medal standings.

1. The United States are currently in first place with 28 gold, 28 silver and 28 bronze for a grand total  of 84 medals.

2. Great Britain are currently in second place with 19 gold, 19 silver, 12 bronze which makes a total of 50 medals.

This is Britain's best ever Olympics away from home. We have some amazing athletes competing for us at this years Olympics. Jason Kenny the cyclist has won 3 gold medals so far at Rio for men's keirin, men's sprint and mens team sprint. His Fiance Laura Trott has won 2 gold medals at this years games for women's omnium and  women's team pursuit making her the first British woman to have won 4 Olympic gold medals. Gymnast Max Whitlock has won 2 gold medals for men's pommel horse and men's floor exercise and 1 bronze medal for men's individual all round.

Show your support for Great Britain at the Olympics this year and wear our Union Jack Flag Tie By Van Buck with these Union Jack Socks By The Tie Studio. 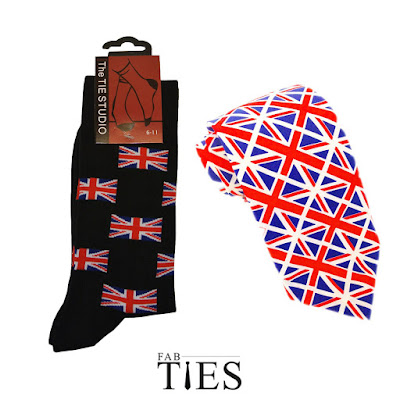 Our Union Jack Flag Tie By Van Buck and Union Jack Socks By The Tie Studio would look great with a suit for the office or a formal event. 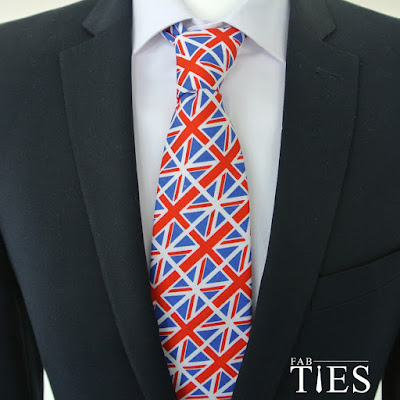 Or you could pair them with a navy blue blazer and a pair of jeans for a more casual look. 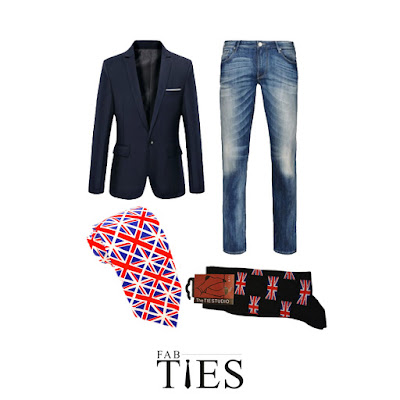