This years Golden Globes were held on Sunday 8th January at the Beverly Hilton, Los Angeles, California and hosted by Jimmy Fallon who is an American comedian and television presenter well known for hosting the tonight show.

The Golden Globes Awards recognise excellence in film and television from the previous year. They are an accolade given by the Hollywood Foreign Press Association, a non-profit group of about 90 journalists and photographers who report on the entertainment industry in America mainly from outside the country. The First ever Golden Globes was held in 1944 at the 20th Century Fox Studios to celebrate the films from 1943. The money made from the ceremony is donated to entertainment related charities and used to fund scholarships for future film and TV professionals.

There are always a huge variety of amazing outfits on display at any Hollywood award ceremony and this years Golden Globes definitely did not disappoint.

Aaron Taylor Johnson who won the award for Best Performance by an Actor in a Supporting Role in Film in the movie Nocturnal Animals, looked very dashing on the red carpet wearing a pair of black trousers, white shirt and a black velvet dinner jacket with a large black bow tie and a white pocket square. 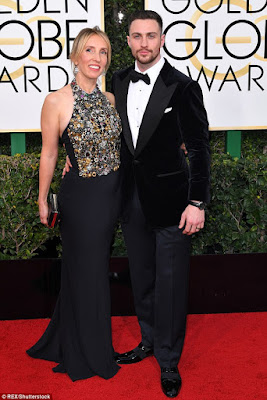 Hugh Laurie spiced up his outfit a little bit by wearing a subtle check pattern suit jacket. He won an award for best supporting actor in The Night manager. 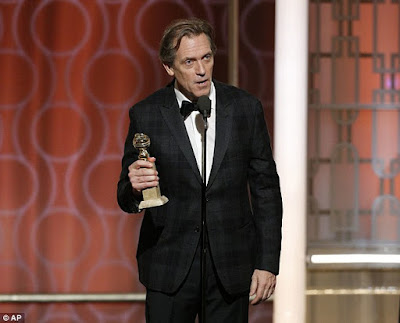 Ryan Gosling dazzled us in his bright white suit jacket, with black trousers, a red boutonniere and a large black bow tie. He accepted the award for best actor in a comedy or musical for the romantic comedy musical La La Land. 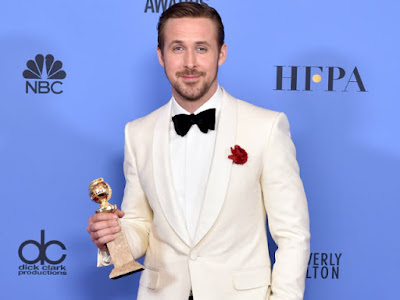 Tom Hiddleston looked dapper as ever at the Golden globes while receiving his award for best actor in a miniseries or TV movie for The Night manager. He wore the classic black suit with a black bow tie and white pocket square. 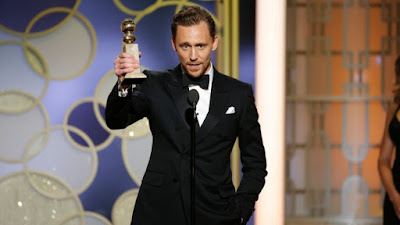