The 22nd NTA awards was held at the O2 in London yesterday on the 25th January hosted by Dermot O'Leary and Scarlett Moffatt. The National Television Awards is the most notable British television awards ceremony where all the winners are voted for by the public.

Graham Norton won this years special recognition award for his 20 year long career in television. Ant and Dec won the best tv presenter award for the 16th time in a row. Holly Willoughby and Phillip Schofield were happy with their win for best live magazine show and partied until 4am despite having to appear on their show at 10.30am. 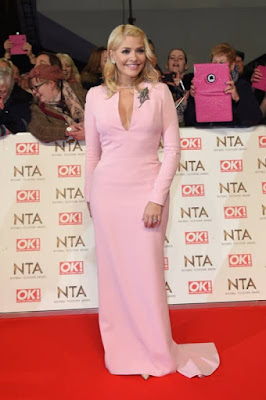 Caroline Flack wore a simple yet elegant burgundy wrap around strapless dress with a pair of beige shoes. 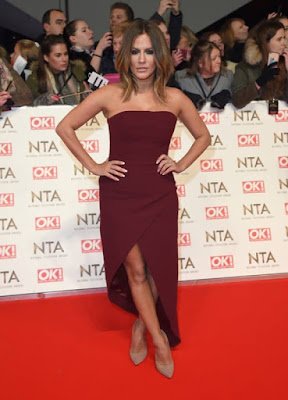 Tess Daly and Vernon Kay look like the perfect couple. Vernon wore a navy blue suit with a black skinny tie and Tess wore a white and black strapless jumpsuit. 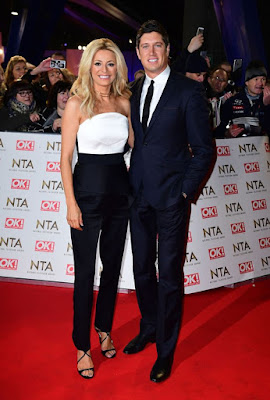 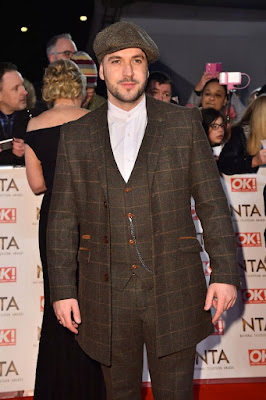 Mark Wright was very dapper in a blue velvet dinner jacket, black trousers and a white shirt with a black velvet bow tie. 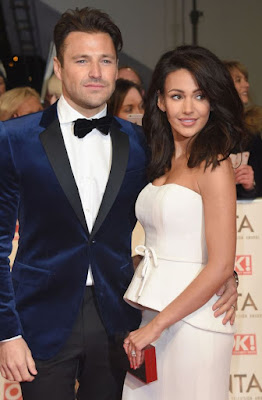 Marnie Simpson was overly exposed in a sheer lace dress leaving barely anything to the imagination. However her boyfriend Lewis Bloor kept it smart with a classic black slim fit suit with a red tie. 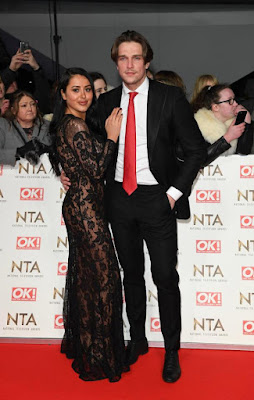 Scarlett Moffatt who presented the awards alongside Dermot wore a very vibrant pink baggy shorts suit which didn't flatter her at all. 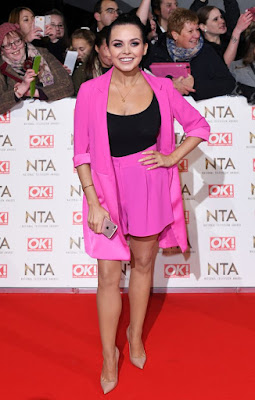 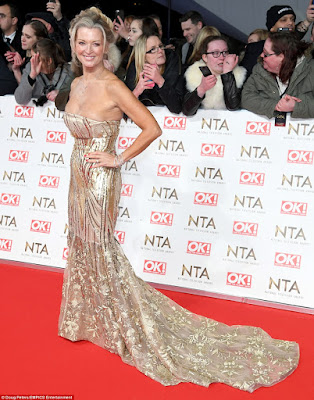 Sam Quek and Stacey Solomon embarrassingly wore the same red glitter dress to this years NTA's however they both looked wonderful. 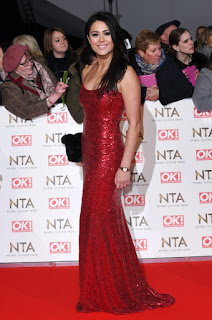 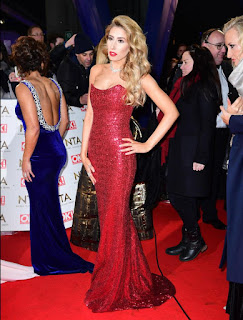