Our Must Watch Movie 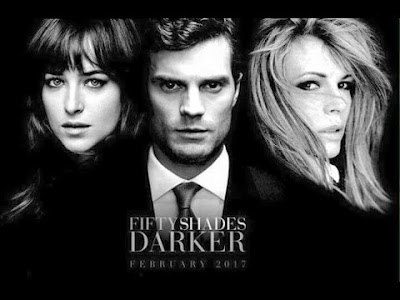 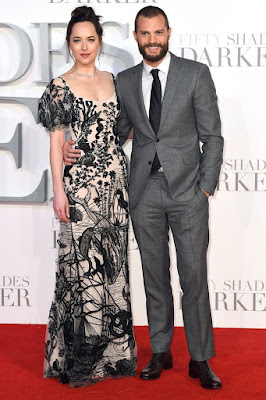 The stars of the film Jamie Dornan and Dakota Johnson looked stunning as ever on the red carpet. Jamie opened up about the relationship between the two saying they have a very close friendship which help them to get through filming smoothly as they understand each other. However the premiere wasn't all glamour and smooth sailing, it attracted protesters who believe that the book and film series encourages domestic abuse. 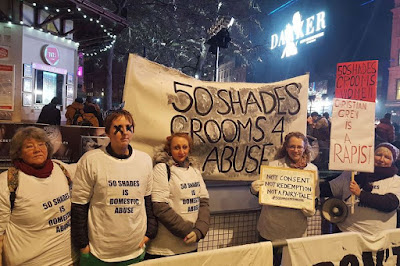 If you do not want to know what happens during the film stop reading now.

Since Christian and Anastasia broke up hes been having nightmares about the abuse of his childhood. Ana has started a new job as an assistant to an editor at Seattle Independent Publishing and her boss seems very keen on her. She bumps into Christian and reluctantly agrees to have dinner with him. They rekindle their relationship with the understanding that there will be no punishments or rules. The pair later discover the are being stalked by one of Christians old submissive's Leila who has become mentally unstable since the death of her husband.

When Ana's boss tries to seduce her Christian fires him and asks her to move in with him. When they go to get her things Leila threatens her with a gun until she is subdued by Christian. Ana recognises his need to show his dominating personality and walks out returning late at night. Christian is angry so she tries to calm him, he realises he doesn't want to loose her so drops to his knees in submission they kiss, have sex and during the night when she wakes him from a nightmare he asks he her to marry him.

While shes making her decision he goes on a business trip and is in a helicopter crash. When Christian appears and he is safe and well she realises just how much she cares for him and accepts his proposal.

Elena is furious when he hears of their engagement at Christians birthday party but he tells her she doesn't mean anything to him and cuts all ties.
Posted by Unknown at 00:00