Dapper Man Of the Month for March

Our March dapper man of the month is Ryan Gosling! Gosling has been in some amazing films including the most recent La La Land, The Notebook, Drive, The Big Short and many more.

Gosling was born in Ontario, Canada on November 12th 1980 and started his career as a child star on the Disney Channel’s Mickey Mouse Club. He gained a wider audience when he starred in The Notebook in 2004. 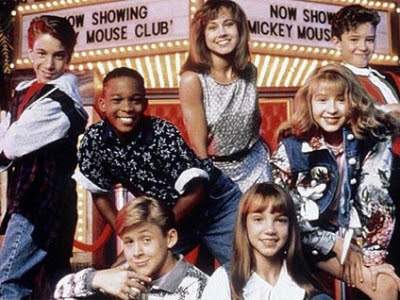 Gosling has received many award nominations such as an Academy Award for his performance in Half Nelson (2006), a Golden Globe Award for Lars and the Real Girl (2007) and a second Golden Globe nomination for Blue Valentine (2010) and many more.

He is also in a rock band called Dead Man’s Bones with his friend Zach Shields.

Gosling has dated stars such as Sandra Bullock and Rachel McAdams, but has been dating the gorgeous Eva Mendes since 2011 and they have two daughters; Esmerelda and Amada. 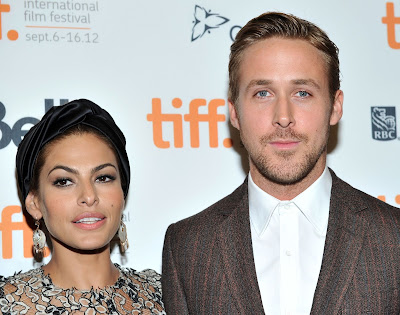 Ryan in a Gucci tuxedo 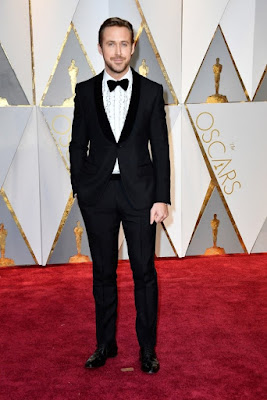 Here he is wearing a burnt orange tie with an added slate blue tie bar. 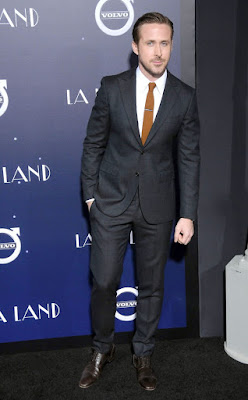 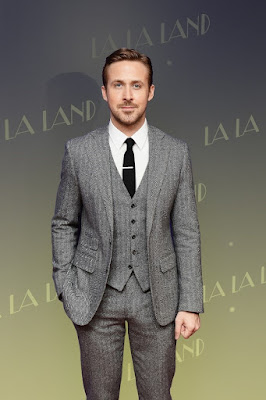