Our Must Watch Movie For March

Beauty and The Beast is retelling of the original story which will be released on the 17th March. The new version of the classic fairy tale stars Harry Potter star Emma Watson as Belle, Dan Stevens who is best known for his part playing matt Crawley in the period drama Downton Abbey plays The Beast. Playing the infamous villain Gaston is The Hobbit star Luke Evans.

It is believed this version of the story will follow the plot of the original film. It is a live action film meaning it combines real actors and animation. 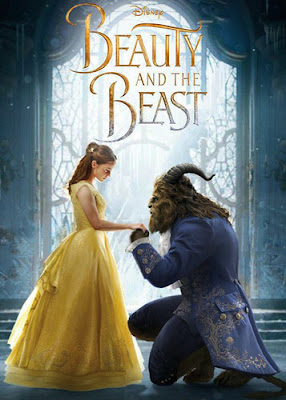 The plot of the original 1991 film 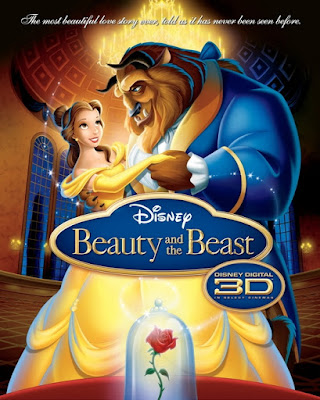 We are fairly certain the majority of you will have seen or red this classic story however there will be a few who have not yet experience this wonderful tale so here is a brief synopsis of what it entails.

The towns supposedly most eligible bachelor Gaston decides he want to have the one woman not interested in him as his wife. That one woman is Belle, an intelligent young woman that lives a quiet but interesting and knowledge filled life with her father Maurice.

Belle's father Maurice is an eccentric inventor, when travelling by horse to a fair to show off his latest invention he gets lost and unknowingly ventures into the gates of the enchanted castle. The castle is residence of the Beast, so named because in his youth an enchantress tested his kindness and found him lacking when disguised as an old beggar she offered him an enchanted rose in exchange for shelter, he refused. AS a result of his lack of sympathy she cast a spell over him and his castle turning him into a beast, dooming him to be trapped there unless he could find true love before the enchanted rose wilts on his 21st birthday.

The Beast captures Maurice furious that anyone dared to enter his domain, so after a few days of hearing nothing a worried Belle takes off in search of him. She follows his horse who fled back to her to the castle, once there she offers to take her fathers place so that he can be free. The beast accepts her offer and lets her father go, he rushes back to the town for help but no one believes him.

The beast becomes angry because Belle refuses to dine with him that night but Cogsworth and Lumiere the enchanted clock and candlestick give her a tour of the castle. During the tour she wanders into the west wing which is forbidden and The Beast chases her into the forest where she is attacked by a pack of wolves. He fights them off but sustains several wounds, while Belle tends to his wounds he begins to develop feelings for her and he shows her the impressive library. In the mean time Gaston pays to have Belle's father Maurice taken to an insane asylum if she rejects his proposal again.

When The Beast and  Belle are sharing a romantic dance she opens up that she misses her father so The Beast lets her use his magic mirror to see him. She sees him dying in the woods and The Beast lets her go and gives her the mirror to remember him by. Bell finds Maurice and takes him home only to have Gaston attempt to take her father to the asylum. To prove his sanity Belle shows The Beast in the magic mirror. Realising that Belle loves The Beast over him he convinces the towns people he is a monstrous creature that must be hunted and killed.

Chip the teacup who stowed away in Belle's bag soon helps her and her father escape. The servants at the castle fend off the villagers while Gaston battles The Beast. When the Beast sees Belle return to the castle he starts to fight back and orders Gaston to leave, but Gaston uses this opportunity to his advantage and mortally wounds The Beast. Gaston looses his footing and dies from the fall. Belle professes her love for The Beast as he dies just before the last rose petal falls. As the last petal falls the spell is broken and The Beast changes back to his old form of Prince Adam and he is alive. The castle is magically restored and all the servants turn back into humans.
Posted by Unknown at 00:00