Rolex is probably the most well known and is the biggest luxury watch brand, the brand name is recognised worldwide and they produce about 2000 watches per day. The company was founded by Hans Wilsdorf and Alfred Davis in London in 1905 and was names WD after them. They registered the trademark Rolex in 1908 and opened an office in La Chaux-de-Fonds, Switzerland. They registered the company name as Rolex on 15th November 1915.

The name Rolex is said to be from the fact that Wilsdorf thought it was onomatopoeic and sounded like a watch being wound. He also wanted the name to easy to pronounce in every language. The letters are all uppercase and the same size which means it can be written symmetrically and it is short enough to fit on a watch face.

In 1919 Rolex left England because wartime taxes on luxury imports and exports were pushing the price of the gold an silver for the cases too high. They moved the company to Geneva, Switzerland where it was named the Rolex Watch Company. It was later called Montres Rolex, SA and finally Rolex, SA. When Wilsdorf's wife died in 1944 he established the Hans Wilsdorf Foundation, a private trust which he left all of his Rolex shares in to make sure some of the company's income would go to charity. Since he died in 1960 the company is owned and run by the trust.

Certain designs of Rolex watch are considerably more popular than others. So here are some of the most popular models of Rolex and some outfit inspiration for each one, after all you've got to have a great outfit to go with the perfect watch.

The Rolex Submariner is probably the most popular type of Rolex watch. It was originally designed for diving enthusiasts, they were waterproof up to 330ft and allowed divers to track their time underwater. Todays version is watertight to 1000ft deep and they are popular with all sorts of people from actors and actresses to high profile business men and sportsmen. 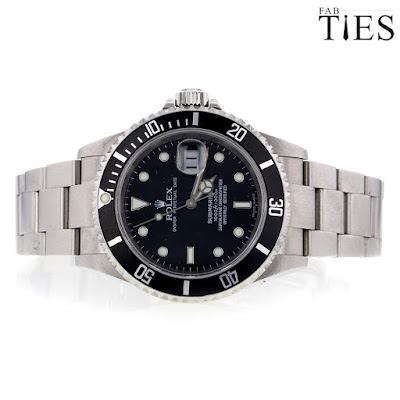 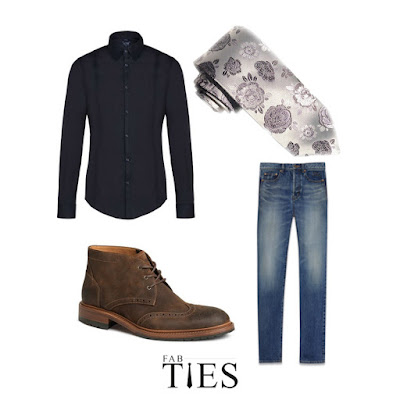 The Rolex Cosmograph Daytona is most popular with athletes because it features accurate tachymeter and chronograph so that racers can measure their speed up to an amazing 400km per hour. 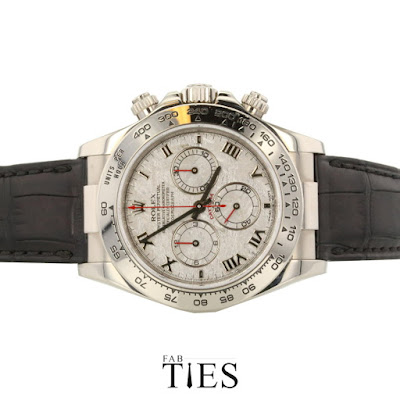 From sportswear to smart, This versatile time piece will look great with your sportswear but it will also perfectly compliment a suit either for the office or a special event. Pair it with our Navy Blue Stripes Woven Silk Tie by Knightsbridge to really finish off the look. 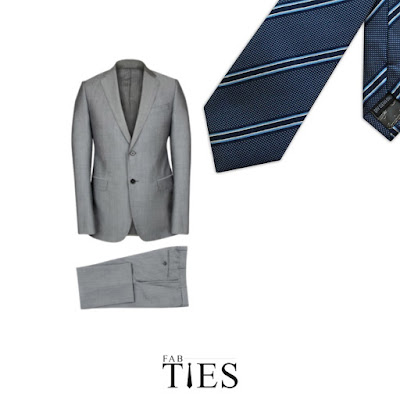 A Rolex Yacht-Master has large hands and easy to read numbers, it is a relatively new model from 1992 but its stylish appearance and the fact its easy to use has made it a favourite. It is popular with both men and women and there a variety of styles available so you can be sure there will be one to suit you. 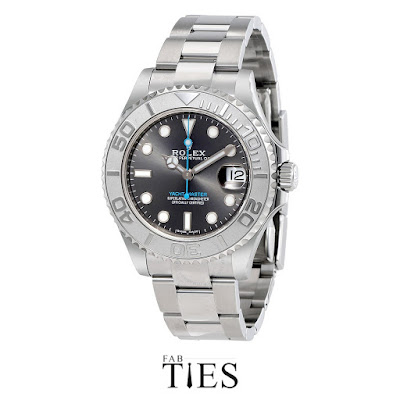 For a quirky look wear your Yacht-Master with a grey shirt, black chinos, our Mens Paisley Blue Diamond Tip Bow Tie and some Black Clip On Braces by Knightsbridge. 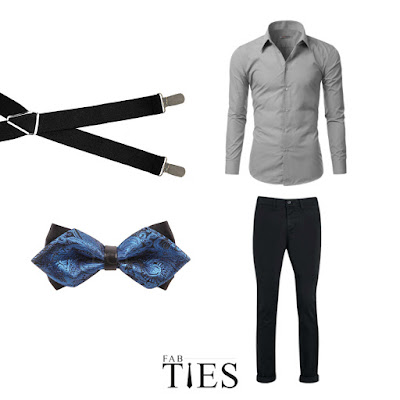