Our Dapper Man Of The Month For April

David James Gandy was born 19th February 1980 in Billericay, Essex. He started his modelling career in 2001 at the age of 21 when he won a modelling competition on ITV This Morning, his prize was a contract with Select Model Management.

He has shot with some of the most sought-after international photographers including Mario Testino, Mariano Vivanco and Steven Meisel and has worked alongside supermodels including Giselle, Eva Herzigova and Scarlett Johansson.

In 2010 and 2012 he became the first ever male model nominated for British Fashion Council’s model of the year award.

As well as being a highly successful model David is also a keen businessman, writer and designer. He also featured in a short film alongside Helena Christensen. He is also an avid dog lover and racing enthusiast.


He is currently the face of Marks & Spencer’s David Gandy for Autograph and is currently signed to Select Model Management, Why Not Models and Ford Models. 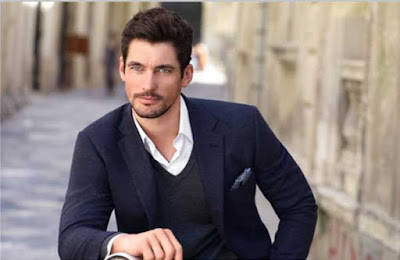 In the picture below at Mario Testino's Edition Launch Party he wears a charcoal grey suit and waistcoat with a blue shirt and light grey check print tie. 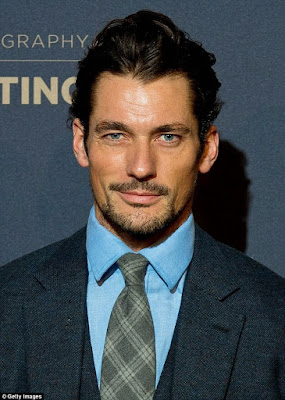 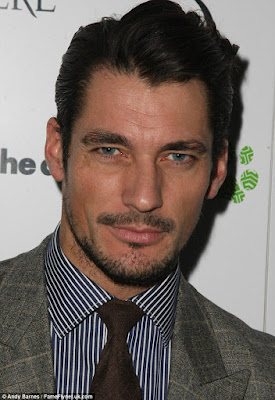 On the red carpet at the GQ Men Of The Year Awards 2012  he wore a black velvet dinner jacket with lapel's, a white dress shirt with small black buttons, a black velvet bow tie and a white pocket square. 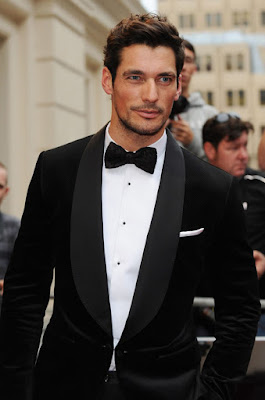 davidjamesgandy.blogspot.com
Posted by Unknown at 03:32